Two pairs of brothers started playing together back when they were still teenagers in their garage, and ended up sharing stages with Guns N ‘Roses and Rolling Stones. It seems like a movie script, but that’s exactly what happened to the quartet known as Doctor Pheabes. The earlier group, São Paulo (who happened to hail from…São Paulo!), emerged in the ’80s under another name. After a withstanding hiatus and the maturing of its members, the band came back in 2019 with a new name, but with a history of great performances in club shows, festivals and their third album – the most mature of their career.

Eduardo Parrillo (vocals), Fernando Parrillo (guitar), Fabio Ressio (bass) and Paulo Ressio (drums) entered as fans, in that 1980’s classic rock scenario. The band was formed by brothers and schoolmates. Paulo and Eduardo, who studied together from an early age and grew up attending the same classroom. Parents in both families encouraged the practice of musical instruments, and the boys’ taste for bands ranging from Eagles to Iron Maiden, from Led Zeppelin to Van Halen and Scorpions, paving the way for them to join up.

At that time, rehearsal studios were not affordable, so the quartet would gather in their garage to rehearse and perform their shows. They made some presentations at school back when the oldest members were 15 and 16 years old, but it was there, in the Italian neighborhood of Mooca, that they rocked on. But those rehearsals were not simple ones. They used to call dozens of friends and made the practice a show. Before becoming Doctor Pheabes, they were called Escargot, with a more classic rock oriented sound they made in the early 1990s.

The first album was recorded and set to be released, but a financial crisis hit the government of then recent elected president Fernando Color de Melo affected record labels, and the album was put on hold. Their triumph moment was to be able to present in the famous TV show called “Domingao do Faustao”, at Rede Globo. However, at a key moment in their lives, it was time to decide between music and their professional careers. And for a moment, career won. 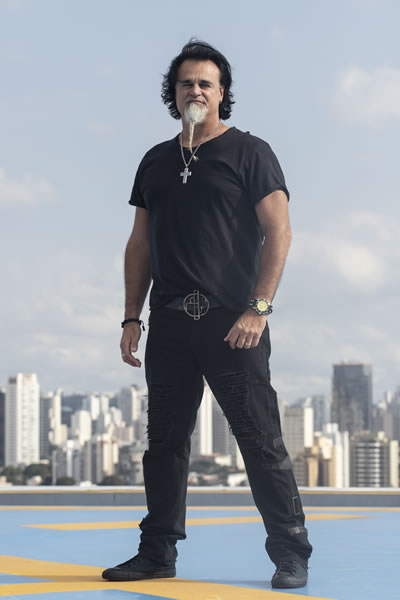 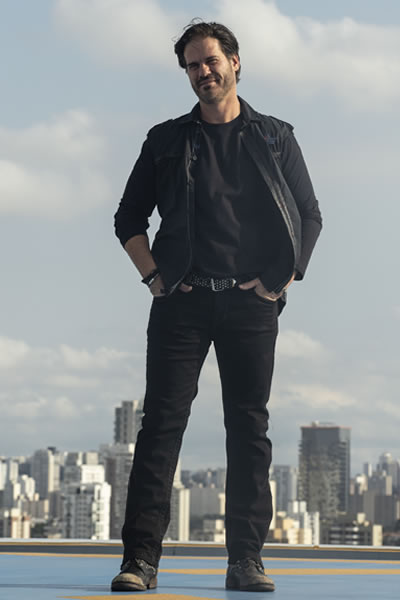 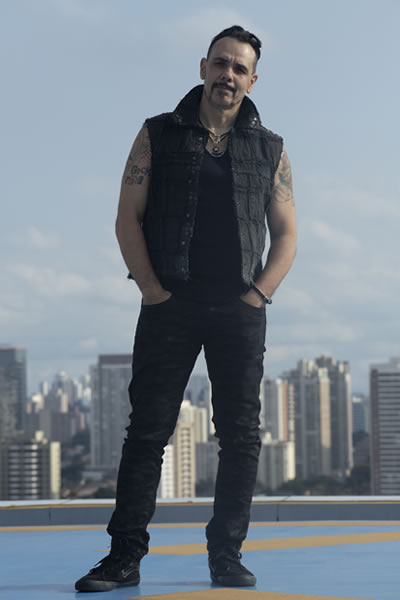 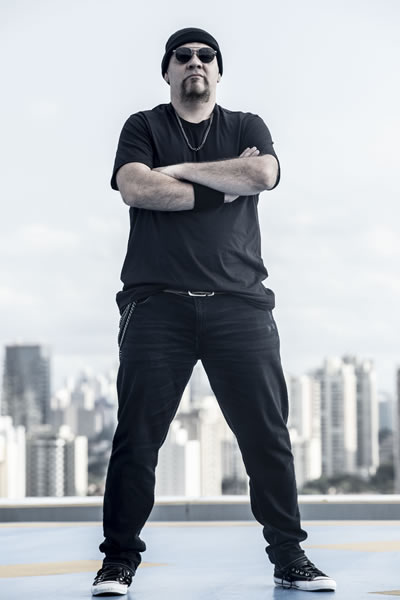 It took a while, but it wasn’t that long before they re-wielded their instruments and reactivated the band. In 2009, they became “Doctor Pheabes”, bringing a heavier sound and English lyrics. The name of the band comes from the famous series “The Abominable Dr. Phibes”, that blew their
minds up at the time.

The first idea was to make a record of the compositions they had brought up since the early days. The group reunited old songs gave them a new outfit and with that, it came out the first album of Doctor Pheabes: ‘Seventy Dogs.’ It was also time to take it more seriously in pursuit of the dreams that the 80’s teenagers had.

‘Seventy Dogs’ opened important doors, which led Doctor Pheabes to the biggest stages in the country. “Things started to get more auspicious for us. The idea was to show our work and it was time to spread the word. The dream was still the same: playing on a big stage is what any musician dreamed about.”
With the album released, they were able to play at the Monsters of Rock in 2013 and became the opening band at other major events, as well as attending other festivals: they were the opening act for Guns N ‘Roses (2014), Black Sabbath (2016) and The Rolling Stones (2016); coming back to the Monsters of Rock in 2015, and performing at Lollapalooza in 2015 and 2017 and Rock in Rio in 2017.

“It was always a desire, but also a great responsibility, even more so with authorial music. And we had contact with some bands, we met all The Rolling Stones, for example,” Fernando recalls. Eduardo adds: “It was magical times, we never imagined we could go through it. There, on stage, you get that euphoria back when you were a teenager. Knowing Mick Jagger is a magical thing, seeing the idols we’ve listened to for a lifetime something unique.” Well-rounded, they recorded and released the second album, which came out in 2017: ‘Welcome to My House,’ also ten tracks album and now adding a new style, female backing vocals, and keyboards. The song “Carpe Diem,” which opens the record, became a video clip top production.

2019 marks a new chapter for Fernando, Eduardo, Paulo and Fabio and with the expectation of even higher flights, the band releases their third album, ‘Army of the Sun,’ which brings a melting pot of feelings. On one hand, the joy of the greatest challenge and the best production they’ve ever gone through with Bruno Agra and the American Kato Khandwala and, on the other hand the death of this last one. Kato died in a motorcycle accident in 2018.

The producer worked with cutting-edge names on the American scene: Worked as studio engineer on albums of Papa Roach, Breaking Benjamin, Paramore and My Chemical Romance, for example, and produced records such as Blondie’s “Panic of Girls” “Going To Hell” and “For Whom You’re Selling,” from the new sensation Pretty Reckless, and the self-titled Pop Evil album. Kato’s arrival was related to another band by Eduardo, Armored Dawn, with whom the producer also worked alongside Agra. The North American went to a Doctor Pheabes’ rehearsal, jammed with them and he liked what he saw. Thereby, he got behind the baton to orchestrate the third album of the Sao Paulo based band.

Kato came to Brazil and followed closely to the recording. More than that, he was free to help the band find a new way. The album came up with a modern footprint, sounding like the American hard rock and metal evolution. “From this friendship it came up a fantastic album. We have improved a lot as musicians and songwriters, having a guy who is in Los Angeles making rock and roll his whole life … the apprenticeship was gigantic, every musician should get through it,” celebrates Fernando. Eduardo regrets the passing of Kato. “He was a very nice guy, patient, intelligent, we spent months getting
along, it was real friendship, there were incredible moments with him.”

The mixing and mastering were performed in the US and coming along the album three video clips and special guests features. One of them is the old date friend Supla, who was a partner when they played in Rock in Rio. “Army of the Sun” takes Doctor Pheabes to a new level. “Better Off Alone” – the first single and certainly the most iconic composition of the record – brought new horizons to the group and opened doors for new fans. “Your Love Is Mine,” the second single, brings a dynamic outfit to the quartet and also a video clip starring strong women and successful sportswomen.

At their mid-50s, the members of the quartet show there is still energy for more work, although they keep their feet on the ground. “It will be worth it; we just want to perform good gigs and people to enjoy it. Anything else, is welcome,” concluded Eduardo. The band is planning to expand its activities to the international market with this release.